I chose to write this post for the benefit of all people who are not familiar with hybrid applications for mobile telephones.

The need for so many versions of the same application turned the development of applications for mobile telephones that target most of the market into a very expensive adventure. In my post from 2008 I describe the case with Java ME.

Today there is an alternative that allows us to develop less versions of our application and in a way that the major part of it is shared among all versions for all platforms. Given the fact that nearly all mobile platforms SDKs allow us to develop applications that includes a user interface component based on the internal mobile telephone browser spread over the entire screen we can develop the main part of the application in Java Script and HTML5. We can even keep it on the server allowing the applications installed on the users’ devices to fetch their up-to-date version directly from the server.

We can use new emerging JavaScript libraries such as jQueryMobile and SenchTouch in order to create appealing user interface. 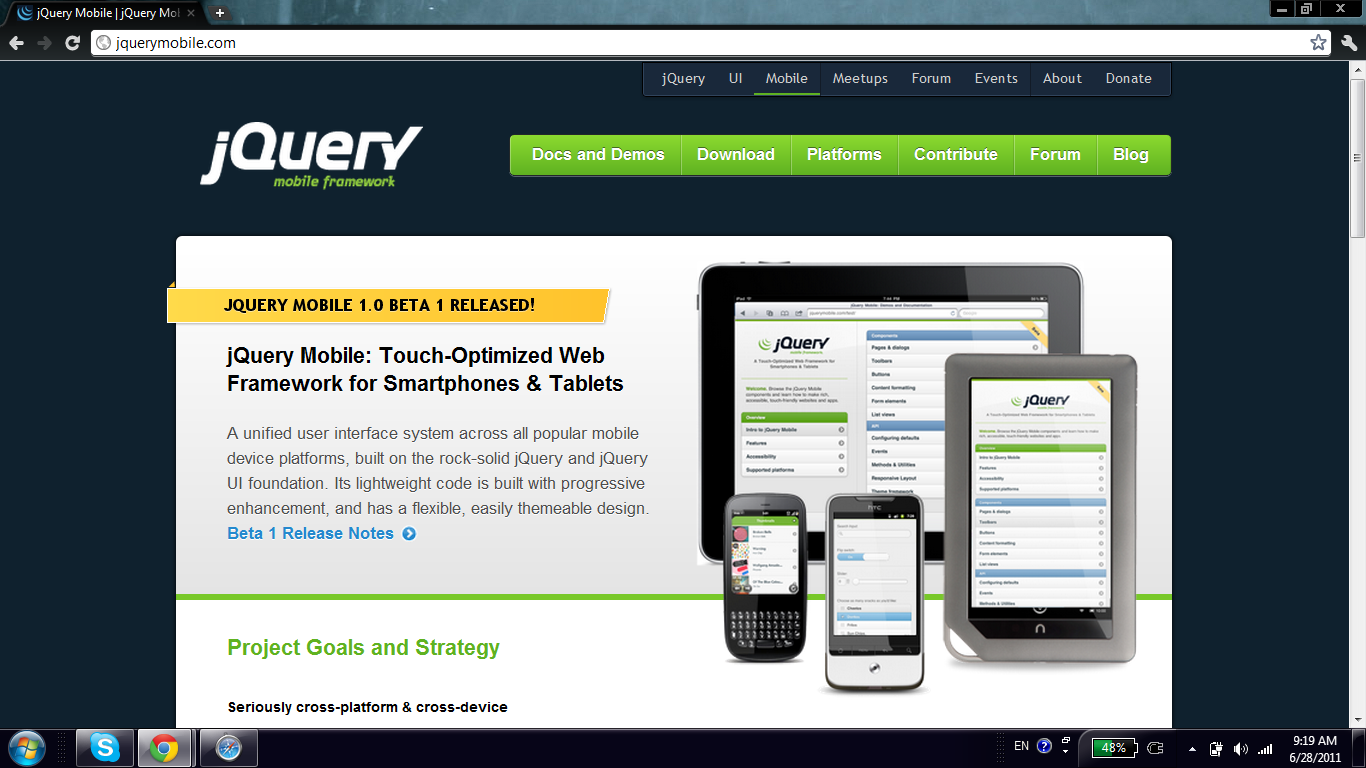 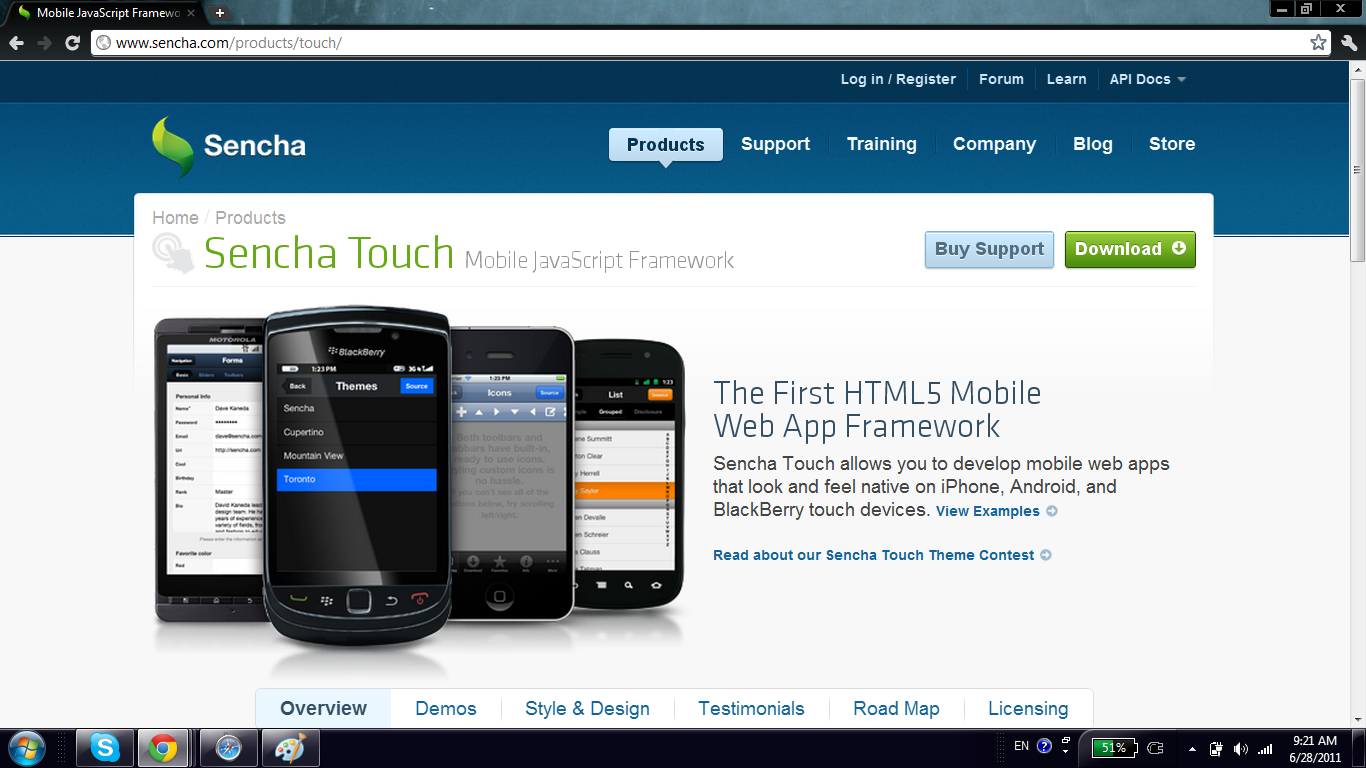 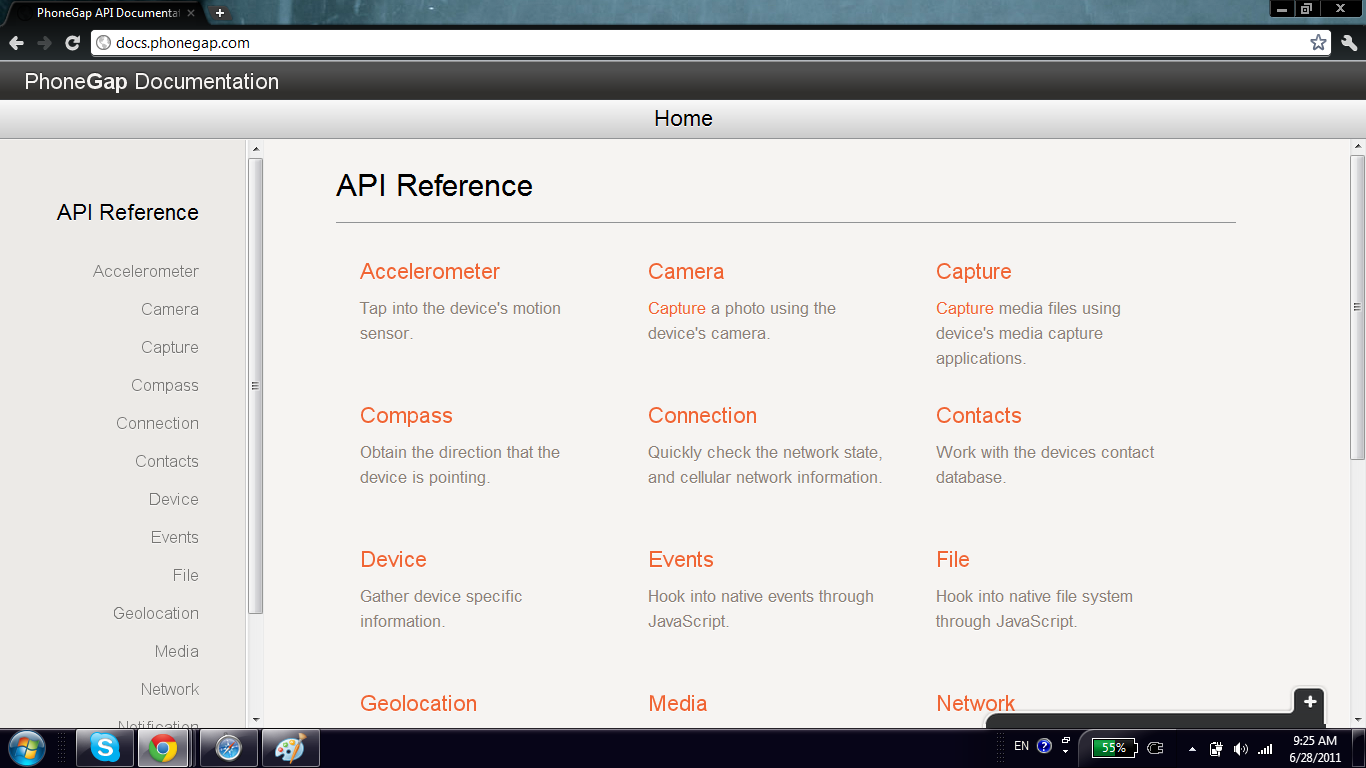 Today you can already find lots of mobile telephones apps developed this way. In many case you won’t feel the difference. Hereto several links you can follow in order to see samples for hybrid applications for mobile telephones.

Many people get confused when it comes to using libraries as PhoneGap. Using PhoneGap doesn’t place any limit regarding the usage of other JavaScript libraries as Sencha Touch and jQuery Mobile in the same app.