Evian chose to produce a user based long video clip. Users can add their content taking few photos of themselves mixed with a photo of a baby dancing according to the same music. The final result is a long video clip that includes thousands of people.

The gimmick itself drives thousands of people to take part and increase the awareness to the Evian brand world wide. The integration with facebook allows you to see your facebook friends taking part as well. Measuring the success on Evian end should be fairly simple. 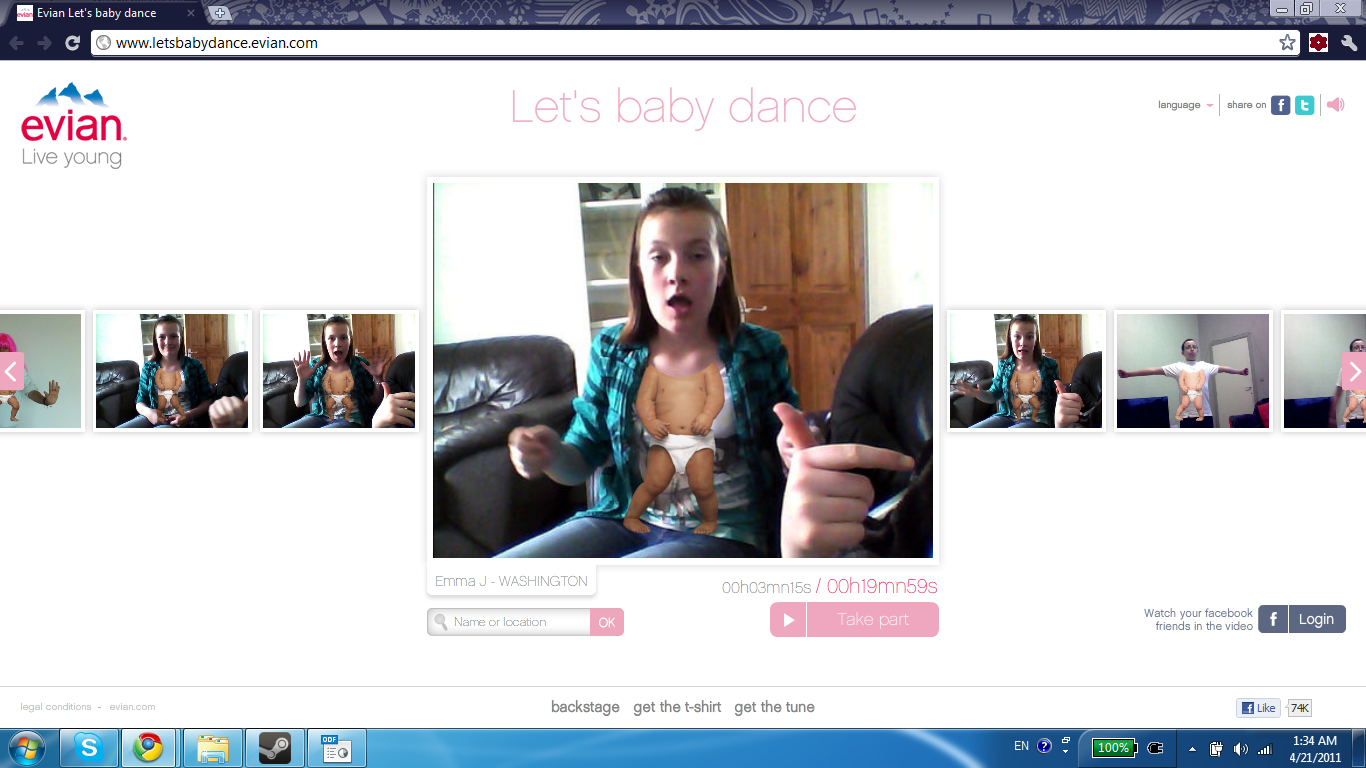 The following video clip was prepared as part of this campaign in order to drive more people to join their virtual dance.